WatchGameFilm provides a simple yet robust video player that functions well on most devices and web browsers.  Our video player was built using HTML5 and open programming standards.  All film is encoded as MP4 so that it can be universally streamed to an ever increasing market of devices and browsers.

When you first open the video player, you'll be presented with the default view. Below is a screenshot of the default view of our player. Keep in mind that only Google Chrome and Microsoft Edge are the two web browsers fully supported in testing thus far. 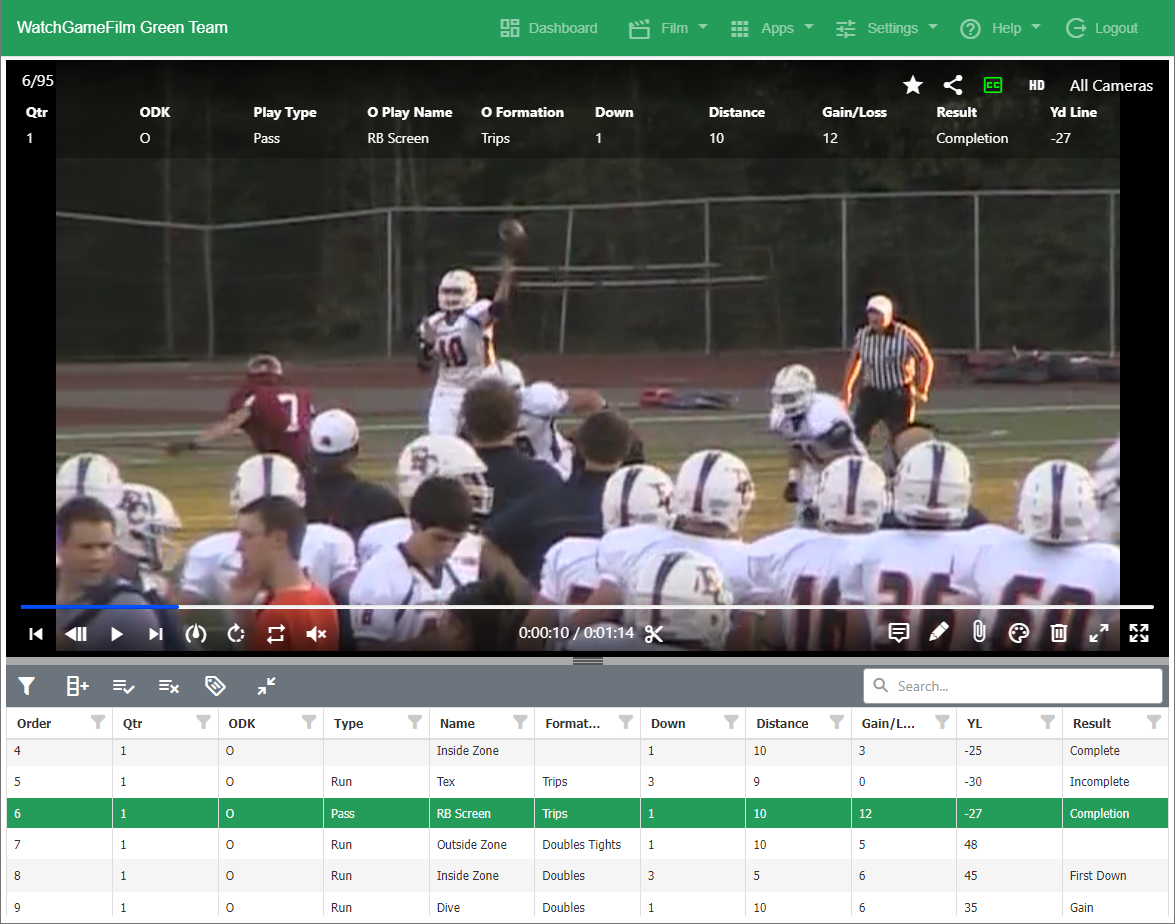 Navigating to your desired film has a new look. Below are some of the features found in the Film Navigation box located to the right of the video player and below the team name and logout button.

The controls at the bottom of the video player allow you to view the video in multiple ways.  Users can start or stop the video, seek a certain part of the film, view it in slow motion, loop a clip, apply instant replay and more.

button to open our Closed Captions feature. With Closed Captions, data from the columns you select will display at the top of the video player. See the image below for a visual. 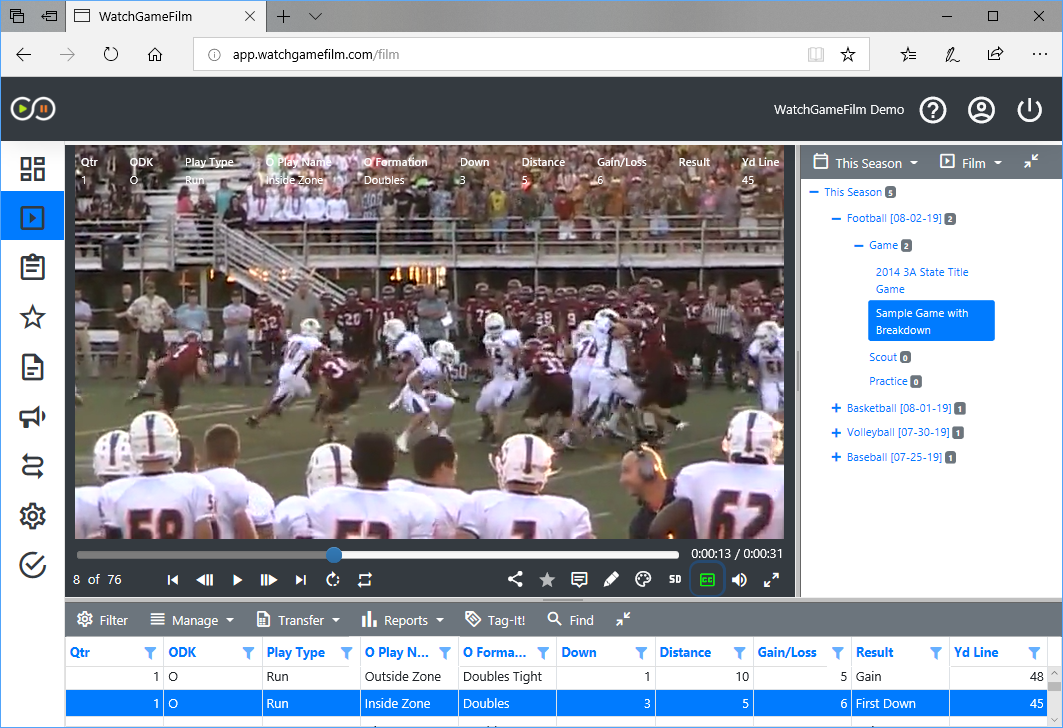