Our Film Exchange feature offers instant, online film exchange for your conference, league or association.  Whether you are part of a youth league, high school or collegiate conference or a large adult amateur league; we can set up a film exchange system to meet your needs.  Eliminate the time and expense of dealing with DVDs, couriers, travel or other expensive online exchange services to exchange your film with other coaches by trading film online with WatchGameFilm.  We offer four unique types of Film Exchange: 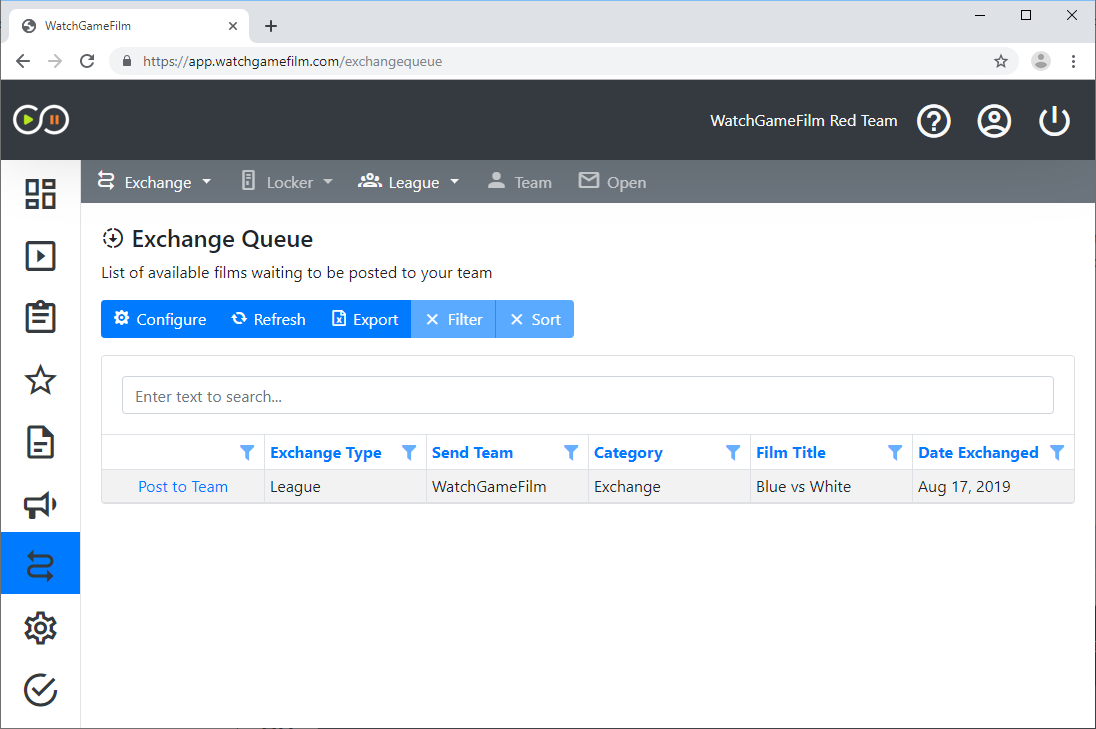