Since WFG.com allows unlimited films, managing film can be a little tricky if one is not organized.  However, we have many teams successfully managing hundreds of films within their team's Film List.  The most important way to make a large film library successful is to properly date, categorize and name your films so that your team members can are easily search, sort and organize them.  Our Film List will always sort your film in descending order based on the film date.

We offer a simple word search as well as column filtering and column sorting for all of your team members.  If you have hundreds of films that span across multiple pages, these simple search and filter tools will quickly help your team find the film they are looking for. 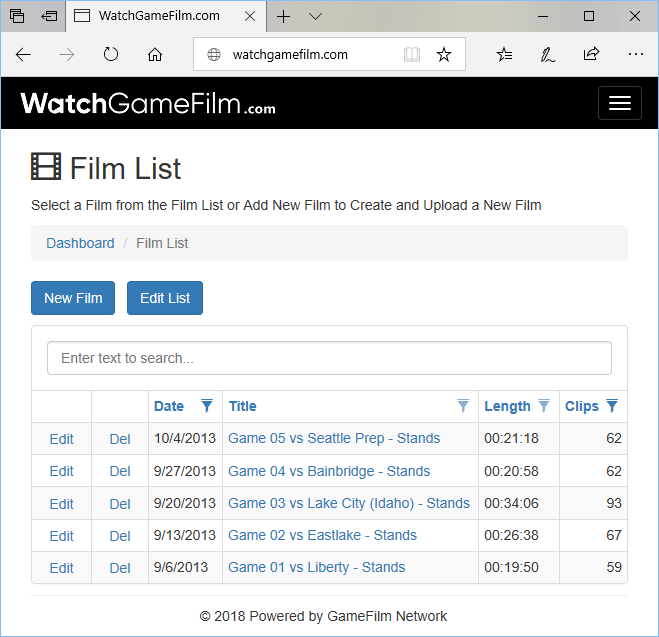 How to Edit or Delete a Film 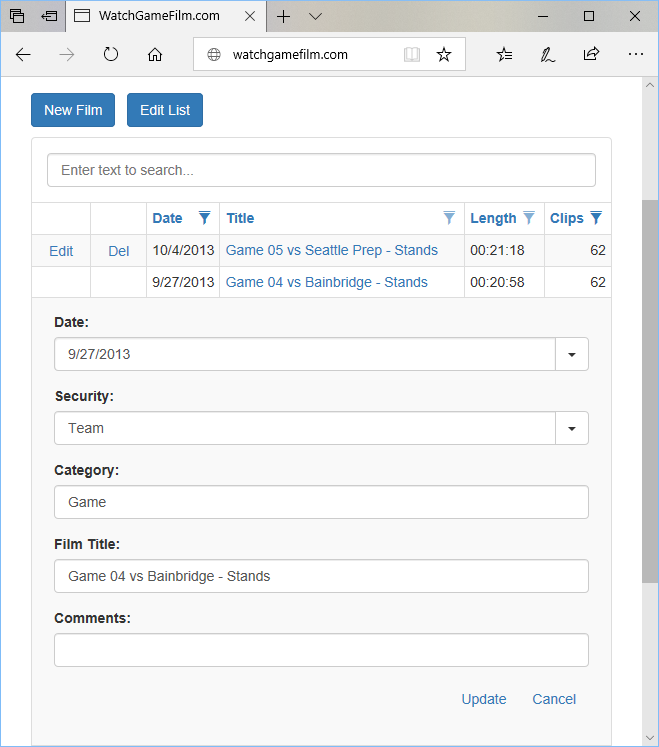 Sometimes you may not want to make a certain film available for team viewing.  The Film List Manager allows you to mark that film as Coaches Only under security so that only coaches can see it and search for it.  Most of your film will be marked as Team in security so that Coaches, Players and Parents can view the film.

Spoiler Alert! Marking a film Public will allow anyone outside of your team to see the film.  This is a new feature coming soon that will allow you to stream your film across entertainment platforms such as Roku, Amazon Fire and Apple TV so that your larger fan base can what your games using a remote control from the comfort of their couch.  More to come on this feature soon.