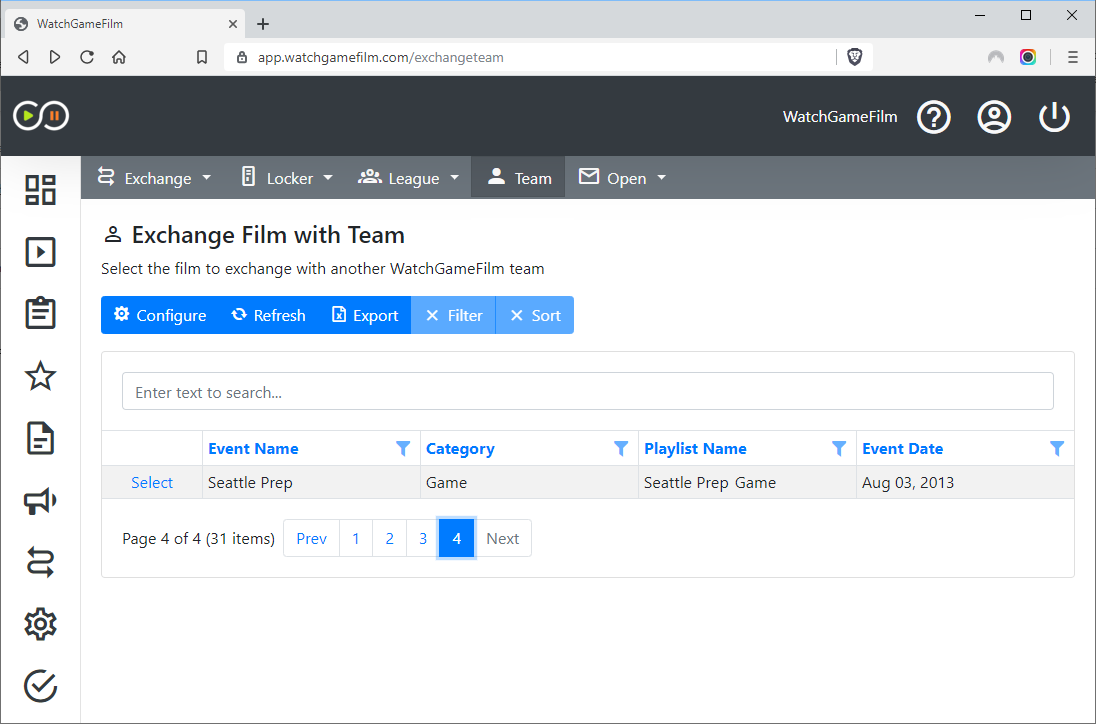 Instructions for Sending Film to another WatchGameFilm Team

Follow these instructions when you are ready to exchange film with another team using WatchGameFilm:

The film will instantly be sent to the receiving team and they can then post it to their Film Tree.   A transaction of this trade will also show up in your Exchange Activity Log. 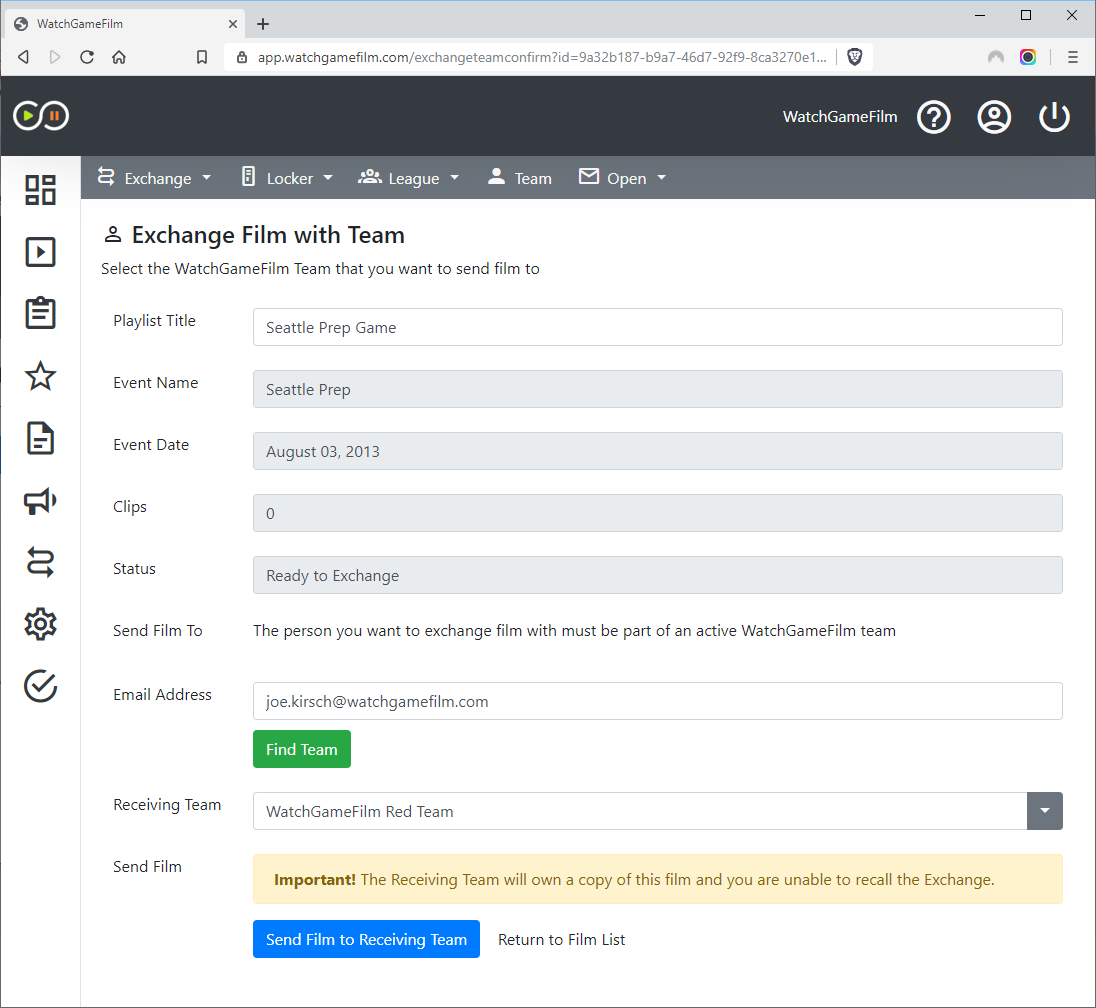 Non-League Team Exchange trades are based on good faith.  We do not hold your film back until their film is received.  You will need to contact the other team directly if you feel that they have not met your expectation on the film trade.  If the other team has sent you a film from their film list, it will show up in Exchange Queue and you will need to post it to your Film Tree.  You will also receive an email notification when the trade was made.