WatchGameFilm.com provides a simple and open way of tagging and grouping plays together for a particular film.  Our Clip List allows coaches of virtually any sport to break film down in a way that makes it useful to them.  We include generic tags allowing teams to enter only the information they feel is important.

While many of our teams just upload clips and watch them, some teams go the extra step and break down the film by tagging every play in order to make review and film sessions easier later on.  In football, teams may want to tag clips by Offense/Defense, Play Name, Formation, Result, etc.  Then later when their users are watching film, they can filter the WatchGameFilm.com Clip List to only show the "Offense" or a particular formation or all incomplete passes, etc.

In addition to Indexing or Tagging plays, coaches can Delete video clips and even change the order of the clips in case they were uploaded incorrectly.  Coaches can also send the Open Exchange link of the film to an opponent who is not using WatchGameFilm.com. 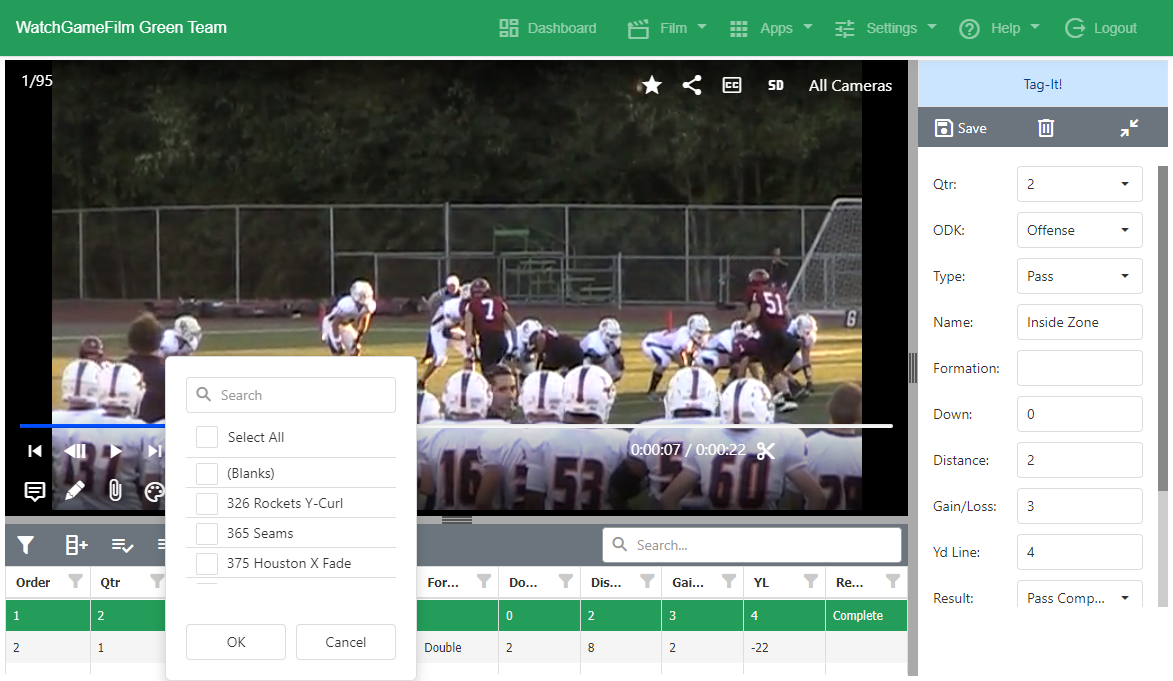 To make film breakdown easier, we have included the Delete Clip and Index / Tag Clip buttons above the video player.  This allows coaches to break down the video as they watch it without having to scroll through the Clip List.  Players and Parents do not have access to any Film Breakdown features, only Coaches do.

The controls between the video player and clip list also provide the ability to delete a clip as well as index or tag it.  In addition to those two film breakdown features, WatchGameFilm.com provides Coaches with the ability to do the following: