When another team sends you their film, it is delivered to your Exchange Inbox.  The inbox is a temporary holding spot that allows you to properly categorize the film and place it into your team's film list in a correct manner, similar to how you create a film for upload.  Once the film is posted, it will be available to the rest of your team based on where you added it to your team.

You can access the Exchange Inbox by following these instructions:

Posting a Film Listed in the Exchange Inbox

Film received from an exchange is first listed in your Exchange Inbox so that you can properly categorize the film before adding it to your team.  You may want to tie the film to an upcoming game as Scout Film or maybe it was your game but was filmed by your opponent, in which you would want to categorize it as a Game.

Posting a Film to your team from the Exchange Inbox is similar to how you would create a new film if you were uploading your own video.

If successful, the window will return to your Exchange Inbox and the selected film should no longer show up in the inbox as it is now available in your film playlist tabs. 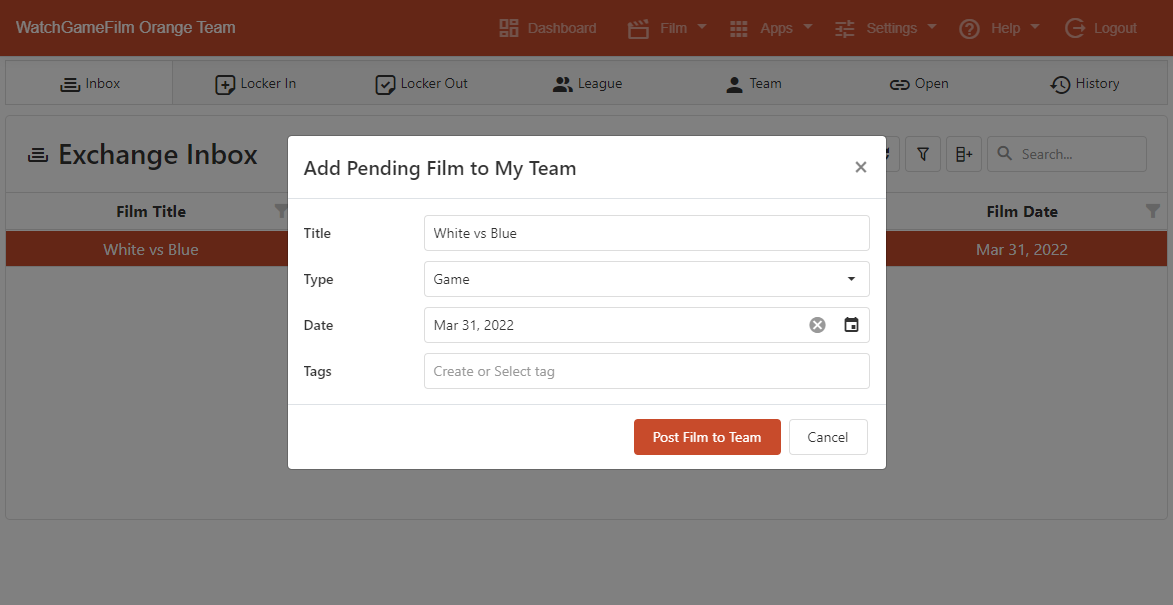